It was with great sadness that we heard of the recent passing of Moira Bevan.

Moira was a long-time wife and partner of Richard Bevan and keen supporter of CIGRE.

Moira recently passed away after bravely battling cancer for a number of years.  Moira will be remembered for her great sense of humour and the support she provided to Australian attendees at Paris Sessions and other CIGRE events.

She regularly organised activities for partners and was a key creator of the quiz nights at the Aussie dinners in Paris.  Many Aussie women have been taken to Moira’s secret dress shop behind Galeries Lafayette and lured into buying a new dress, or finding themselves needing some new cross-stitch thread on her regular haberdashery excursions.

She also provided significant support for Richard during a period when he worked at the Paris office to improve a number of CIGRE financial issues.

She will be sorely missed by us all. 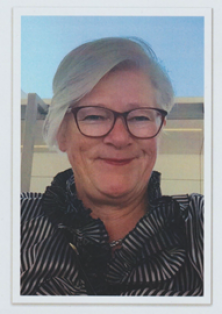